Just read that. And here is the coolest part!

producer Akitoshi Kawazu’s development team views the game as a compilation and hence will implement systems which are representative for the entire SaGa series, such as the free scenario system

Romancing SaGa gets such an honor? Wow Aisha looks like your game is getting respect.

I read the news this morning. I’m so happy, I might just use an emoticon.

Anyways, this likes like a nice cosmetic facelift. I can’t wait to hear revamped music, especially cos I wasn’t fond of RS1’s soundtrack

A lot of it sounded like a poor attempt at writing like Uematsu. That’s not to say every track is bad though

I would just be happy to see that Ito did another soundtrack, haha

Ummm… didn’t Uematsu have a hand in the music for Romancing SaGa? I’m pretty sure he did with the GameBoy SaGas, and I thought he did have a small hand in Romancing SaGa games. Maybe not, I could very well be wrong. Though considering Ito would have worked with Uematsu early in his video game career, I’m sure that’s why there would be any similarity.

Was Romancing SaGa free scenario? I haven’t played i t because I can’t read japanese, but I thought Romancing SaGa was a bit more linear, like the older SaGas. The Free Scenario stuff was introduced in RS2 if I’m not mistaken. Of course, maybe I am mistaken. It happens.

Regardless, I’m still thrilled about a Romancing SaGa game on the PS2, as shown by my use of another emoticon.

Uematsu composed the first 2 SaGa games, with Ito Co-Composing the second. Uematsu gets credit in RS1 and 2, because the track “Heartful Tears” that Uematsu wrote for FFL1 and 2 was used in RS1 and 2. They also used the main theme of the Game Boy SaGa games in RS2, which was also originaly written by Uematsu. All other music in the Romancing SaGa series was done by Ito.

This is some pretty awesome news. And I had no idea Uematsu did the first two games. I always thought Ito helmed the SaGa series.
Well, this makes me doubly glad I bought a PS2.

Well to be honest “Free Scenario” was probably just an example. They just happened to use the key point that comes from Romancing SaGa itself.

will it be released in america

Who knows if it will come out to the U.S? If it doesn’t I’ll have to hope for importer to provides thing like story info, images and etc. But still I like the fact Kenji is doing the music. After all he did it the first time. And a new theme? I wonder if that means a singing song. Still I never heard of Masayoshi Yamazaki.

Hey, you changed your avatar again

will it have origanal graphics or updates like ff origins
or will you be able to choose between both?

First yes I changed my avatar a few days ago. As for Romancing SaGa Minstrel Song, it’s going to be a total remake. So the original graphics are probably not going to be in the game at all.

http://www.gamespot.com/ps2/rpg/romancingsagaminstrelsong/preview_6108854.html has a nice look at what to expect from the game. Also there is a video you can download from http://www.squarenet.de/main.php?site=sn-news&id=1316

you can move freely…

Finally, a game in The SaGa series I can actually look forward to. I didn’t care for Unlimited SaGa. My fave in the series is still Romancing SaGa 3.

Did unlimited saga succeed? If so they’ll probly release this one.

Unlimited SaGa didn’t do that well, but then again it seemed to be hated before it even came out. However there is still a chance RSM may come out here. Also RSM will have a more traditional graphics look and is supposedly going to be for novices and experts to the series alike. Eliminating the two major reasons people hate U.SaGa. The battle system is too complex and involved as well as the graphics are not uber enough.

http://www.1up.com/do/download?cId=3134848 has some nice videos of the game in action. They give a few clues on what may be going on in terms of the battle system or something like that. A few not many.

Oh yes the official site has an official TGS trailer as it were. 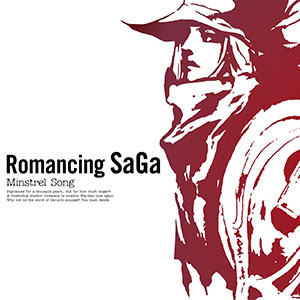 In any case I couldn’t stream it so I had to get some help from a person to have it downloaded and sent as a saved offline copy. But hey it does look pretty decent over all. However these are definitely new designs. It really is like a completely new game over all.