all i can find is the same reviews over/over again.

Rotten Tomatoes, home of the Tomatometer, is the most trusted measurement of quality for Movies & TV. The definitive site for Reviews, Trailers, Showtimes, and Tickets

If you find your movie chances are there’ll be all the spoilers and discussions you want.

I know Slate.com does “spoiler” podcasts that discuss a movie’s ending…

Deals mostly with the worst of the worst among movies (as in badly done, directed, scripted all at once), with entertaining anecdotes about why and how things are wrong. The reviews of old Super Friends cartoons (can be found here) are hilarious too.

I suppose you probly already know, but I really enjoy Roger Ebert’s reviews. I think the way he approaches movies in general is really great. 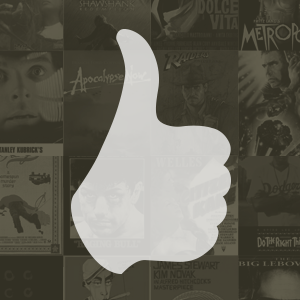 I actually watch my movies.

Weiila: For a moment there you had me going “wha?” but then I realized you were talking about the SUPER FRIENDS, which indeed was one terrible cartoon series, and not JUSTICE LEAGUE which was one of the best American cartoons ever made. (On the SF’s defense, I’ll say that the comic book version of the show was better, in fact it was the first comic series I bought in English.) Still, thanks for the Jabootu link, it’s sometimes fun to read trashy reviews like those.

SG: I respect Ebert and follow his show religiously- but I almost NEVER agree with him. In fact, I usually avoid the movies he likes. But it’s fun to watch (though not as fun as when Siskel was alive) and the previews are useful.

A database of movie endings.

Your guide to the latest plot twists and surprise endings, now playing at a theater near you!

That has whole summaries and ending of movies.