When are these coming out? Fuck, the games been out for a while, and they still haven’t put out the second or third chapters of the orc campaign.

September. From what I’ve heard. So any day now.

But like they’ve stated multiple times, they said it’s a total guess, and that “We’re going to take all the time we need.”

One of the reason Blizzard games rock so much is becasue of their bugs and lack thereof.:hahaha; 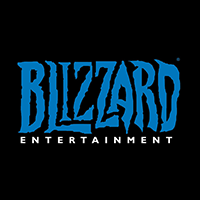 Welcome to the official Blizzard forums