The Scale of the Universe

I’d be quite happy to declare this the best thing ever.

Heeey, cool! Thanks Locke! I’d wondered about many of these facts myself but never took the time to look them up… so the Moon is actually smaller than the U.S.A.? Must make note of that for the next “moon crashes on Earth” story I see…Never heard of Yoctometers or Zettameters… I’d love to shove this simulation down the throats of certain writers who can’t even seem to get what a Light-Year is right…Why is there a “wrong?” version? Isn’t the real thing awesome enough?? 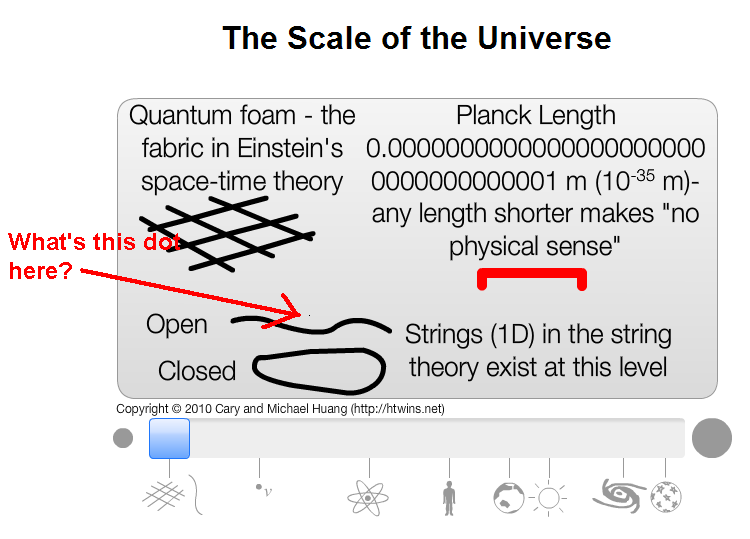 What could that dot possibly be?

How could one possibly figure out what that dot is?

see what Enigma 8000 does is pretty awesome. It does…

…let me just show you what I found… 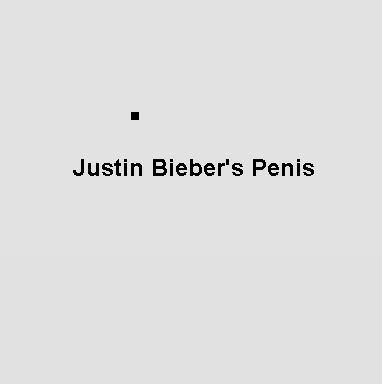 Interesting and a little frightening to know that the world’s largest bacteria is about the size of a salt crystal. O.o;

That is absolutely incredible! I for one believe that people learn and understand things more easily through a visual (in this case visual interactive) as oppose to reading it straight from a book… although this is not the case in all situations as it differs from person to person. Anyway,despite the fact that I don’t even remember half the stuff and that physics itself was never my “forte”, I have to admit this is one awesome interactive and it certainly got my interest!

Thanks indeed LockeJV, for the link!