February 11th (or November 2nd?), Siren the movie will be released in America. You can view trailers on the website (Link), where there is an official promotional trailer, and a teaster trailer. You can use Babelfish, or FreeTranslation to try to translate the page(s), but it will likely turn out non-sensical.

I can foretell 2006 is going to be a good year for survival horror games. Silent Hill movie, Resident Evil Afterlife, and now Forbidden Siren. I, for one, am going to see all these movies; and afterwards own them all, as I’m a fan of each series.

Not only is Siren the movie coming out, but shortly after Siren is open, Siren 2 (the game) is also coming out. I am really looking forward to this game. Siren 1 was released in 2003, and hopefully after 3 years they can improve on the almost-unheardof original. 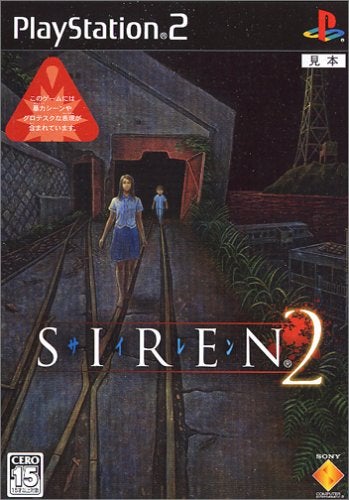 Everything you need to know about Siren 2.

Everything you need to know about Siren.

I suggest all survival horror fans keep up to date, and play the first Siren; it’s 20 hours of your life where you will want the lights on.

Also, there is controversy about the game Siren: the advertissments of the game were banned from Japanese television due to it scaring children. I recall a rumor about a teenager who went insane after beating the game, and ended up committing suicide.