One of my brothers friends was killed in that shooting. Its terrible.

It’s pretty huge news here in NZ too, been the top news story for 2 nights running.

Let’s go on and face it. Violent video games bear a large part of the responsibility in the increasing violence of not just American society, but the culture of the entire world. Starcraft and Counterstrike are the national sports of Korea. For a large segment of our own population, perhaps you could say the same. The sort of video games like CS and Grand Theft Auto don’t even attempt to foreground their violence with a storyline, or if it does, as in the case of GTA, it’s one glorifying gang violence and so forth. You are dreaming if you think the millions and millions of people running around in the world of first person shooters end up as what some years ago we would have considered well-balanced citizens.

It’s very easy to see how people in the modern world, who are rapidly losing all contact with other real humans and what has been considered the realm of humanity for millenia, have no other place to turn with their frustrations and so get a gun and kill a bunch of strangers. Murder is their only creative or expressive outlet.

And to pretend like the violence of video games, television, and the movies has nothing to do with this… How irresponsible, demonizing the likes of Dr. Phil, that clown and public buffoon, who might have been correct about something for the first time.

Yeah, back to the old routine. Instead of actually making an effort and changing something fundamental, let’s continue blaming video games, and encouraging even more guns!

I can’t even believe the stupidity of the disturbing amount of people who complain and say “if all students had been allowed to carry guns this wouldn’t have happened”.

Maybe not worth mentioning, but my girlfriend’s brother was there on a college field trip, and he had just left back for TN about 30 minutes before the shooting. He would have been in the same area as the shooter if the field trip had been moved an hour forward.

Neighbour Abdul Shash described Cho as “very quiet, always by himself”, and said he spent a lot of time playing basketball and would not respond if someone greeted him.

I call for a ban on baseball. Perhaps on quietness as well.

I’d argue that the fact of having violent videogames would decrease the incidence of murder, since they have an outlet for their violent tendencies which doesn’t result in the deaths of innocent people, just innocent pixels. Having said that, I wouldn’t want games like GTA in my own house.

In any case, though, no single reason can be found for even a significant portion of the murders that have happened. There was some kook on a radio show who claimed that all of these postal killers were anti-religious fanatics. Nobody can emphatically declare that anything in particular led to something like this.

About a week and a half ago, some guy went into the office building directly across the street from where my mom works and shot the place up. The psycho killed an old woman and wounded two more people because he got fired. 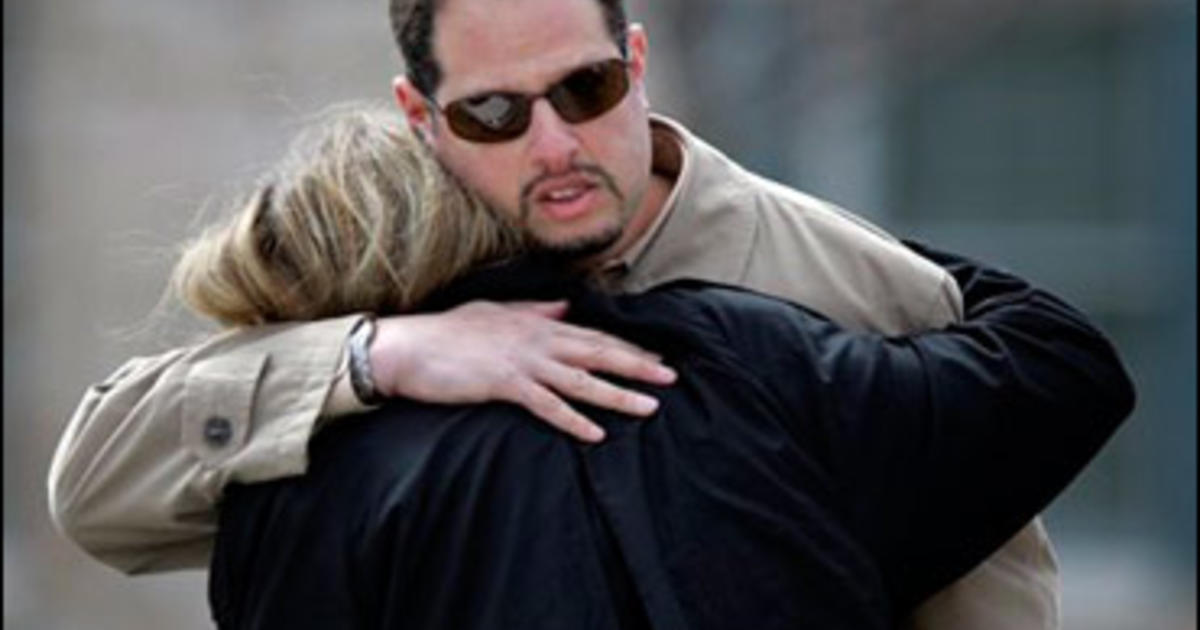 Starcraft and Counterstrike are the national sports of Korea.

Well in their defense, Koreans don’t so much shoot up places as they die from not taking the time to <i>shit</i>.

Starcraft and Counterstrike are the national sports of Korea.

That explains why the South Korean crime rate is less than a tenth that of the United States, and their assault rate less than a hundredth.

I call for a ban on baseball. Perhaps on quietness as well.

Psh, everyone knows that if you’re loud and an outgoing extrovert, there’s bound to be something wrong inside your nugget.

(…)There was some kook on a radio show who claimed that all of these postal killers were anti-religious fanatics.(…)

Asides these kooks and the ones who blame videogames, I have seen others blame islamism, anti-depression drugs and rock music.

I don’t know about the islam part. As for the drugs, I’ve read that he had treatment before, but I haven’t seen mention of drugs still being used - and even then, I find it hard to believe. As for rock, a bunch of people were talking in the internet about how it tells kids to kill, in a very subliminal (is that the right word?) way.

Well, I don’t take drugs and I’m not a muslim, but I do play videogames a lot and listen to rock. I’m also not the most religious person around. And despite these, I have never felt like going spree-killing.

Yeah, it’s not like you can walk into a Wal*Mart and walk out fully loaded 20 minutes later. Regardless, if someone wants to get a firearm bad enough there’s more then enough illegal ways to do so.

Word. It’s not like they’re going to say “Oh, shit, guns are illegal? Well, damn, I guess I won’t purchase one with which to muder people, since I do not wish to break the law.”

I think a big thing to remember when it comes to the police reaction was that there were more than those two people in the dorm, unless I am mistaken, and none of them were shot. Were this a random killing spree, as it ended up being, it would stand to reason that the people just waking up or brushing their teeth who were veritable sitting ducks would be shot, rather than ignored. Hence, it seemed like an isolated killing and the killing of a witness, rather than the prelude to a massacre.

Asides these kooks and the ones who blame videogames, I have seen others blame islamism, anti-depression drugs and rock music.

Jack Thompson’s done most if not all of that.

That explains why the South Korean crime rate is less than a tenth that of the United States, and their assault rate less than a hundredth.

Nothing will ever be as funny as when Sil called himself a faggot. Not by mistake, either. That was pretty awesome. You’re an okay fella, Sil, even if we don’t agree on much of anything.

One of the things that has struck me is the number of people who are connected somehow to one of the victims. For some reason, I don’t recall hearing anybody saying that they knew someone who knew someone (etc.) at Columbine, or at any of the other recent shootings. (Or any similar tragedies for that matter.)

Just looking at the <20 responses so far in this thread, there’s 2 people with some connection to the incident. And I found out just a few minutes ago that one of the professors killed in the attack was an alumnus of my fraternity, though not of our chapter.

Thankfully I haven’t heard the video game angle being played up as much as I had predicted. Of course Jack Thomspon’s going to blame them, and Dr. Phil is a sensationalist quack. But I haven’t heard a word about violent games on CNN, MSNBC, or even Fox News.

Thankfully I haven’t heard the video game angle being played up as much as I had predicted. Of course Jack Thomspon’s going to blame them, and Dr. Phil is a sensationalist quack. But I haven’t heard a word about violent games on CNN, MSNBC, or even Fox News.

Jacky boy was on Hardball on MSNBC last night.

Well one thing is for sure,they really can’t blame Videogames for this.
http://www.joystiq.com/2007/04/19/no-video-games-found-in-vt-shooters-dorm/

Well one thing is for sure,they really can’t blame Videogames for this.
http://www.joystiq.com/2007/04/19/no-video-games-found-in-vt-shooters-dorm/

Also, reading the comments, that’s been the third shooting-in-which-videogames-were-blamed-but-never-found-in-the-criminal’s-belongings in a row.

I like to watch what people are blaming this on:

Some fucked-up things to be blaming this stuff on.