I couldn’t help but to notice the monster section. Nicely done but are you gonna updated it?

Abaddon/Abadon did appear in FF XII, but its a toad type enemy. 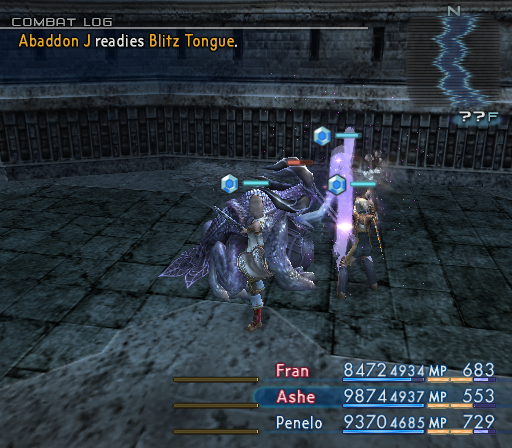 Abaddon is a beast/toad-type enemy in Final Fantasy XII found in the Pharos - Second Ascent and the Subterra. They have the Rubber Suit as a rare poach, useful for fighting the Ixion mark that also spawns in the Subterra. Three of them also accompany...

Also the Fungaur enemy appear in FF V as Moss Fungus. Its call Moss fungus in both the Japanese version and American Version. But it looks like a Funguar doesn’t it?

Do you ever plan on adding more monsters? if you do may I reccmand the Stilva enemy? Its that giant thingy in FF VII that uses Magic Breath and Trine in the gaega cliff, it also appear in FF IX in the memoria. The preying Mantis enemy in FF XII strong resembles the stilva but has wings.

Hiya. The monster section is constantly being updated, worry not. If you have a contribution, please make it via e-mail, as anything not in my inbox tends to get forgotten and ignored. ^^;

Our general policy is only to include monsters that appear in three or more games, so Stilva wouldn’t make it in. Also, Abaddon in FF12 is obviously a completely different creature from the one in the other games, so the assumption was that only the name was shared (it’s not an uncommon mythological name).

Moss Fungus doesn’t really look like Funguar, to my eyes. “Evil mushroom” is about it, but I’d think they’d share a name somehow.

On the other hand, it is a crossover with FF Tactics, which is interesting…

^I see. The Wyrd enemy in FF IX could be Dual Horn in the japanese version. (I’m not really sure). If it was, do you think it will be added in the Dual Horns section?

Dual Horn also appear in Dirge of Cerberus. It appears in the Extra-missions.

Again, I don’t see anything more than a passing resemblance. I’d need something more concrete than that.

Dual Horn does appear in DoC… I thought it was in there already though.