I haven't posted here in a long time -- I've written a book!

“What, a book? You mean like the posts you used to write?”

Very funny. I don’t know how many of the old guard are still around, but the last time I was active in RPGC was more than 10 years ago, when I was a wee lad in high school acting about 10 years older than I was, Holy Mazrim Taim, moderating forums with ban hammer, essay-long responses, and impeccably proper punctuation. Those were good times that I remember fondly.

The prodigal son returns; only now, I am a man grown. The reason I come here today is to tell you all that I now am the author of a science fiction novel called Meld Resistance, book one of the Gardenpunk series.

The premise of my book is that national governments and major multinational corporations have merged into a world power known as the Meld Authority in order to take concerted, worldwide action to address and reverse the impact of climate change before it’s too late for human civilization. The Meld Authority is a technocratic, globalized empire that makes constant use of professional gaming strategists (think Civilization on steroids), combined with massive data streams about climate and population, to determine the best path forward for human survival. However, necessary solutions demand massive sacrifices, particularly from citizens of first-world countries, with regard to their standard of living. In order to (forcibly) ease the transition, the Meld Authority pumps a gas known as the Meld into the air within its territory, which induces a sense of profound peace and suggestiveness to authority. The Meld is designed to lower appetite as well, to the point where the people appear painfully thin, but do not feel their hunger.

On the outskirts of Meld-controlled territory, people carve out lives for themselves through salvage and local food production (hence, Gardenpunk), since the global fossil fuel transportation economy, upon which all our lives currently depend, has been eliminated by or subsumed into the Meld. The Meld continues trying to make inroads into people’s neighborhoods, where it encounters resistance from people who assert that the forced drug would take away their freedom. The story follows one such pocket of resistance as it develops into full-fledged war against the Meld.

Gray areas are the point - the reader is meant to keep second-guessing which “side” they’re supposed to be on, because there are no easy answers to this conundrum. I am extraordinarily proud of this work - not only does it address these complicated philosophical and political concerns, it is an adventurous scifi romp through a crumbling, post-apocalyptic vision of the city where I live (Philadelphia) - enjoyable on multiple levels.

The best part is: it is available for sale today. If this book sounds interesting to you or if you know someone who would be interested (like any of the old guard who might want to know how Maz is doing or buy his book), please visit the book’s website. There’s a shop where you may order the book, and you can read more about the characters and the world. Some parts of the site are still under construction, but there’s enough there to pique curiosity.

It’s good to visit here again. Good memories. I’ll keep an eye on this forum topic. Thanks for your time and interest! 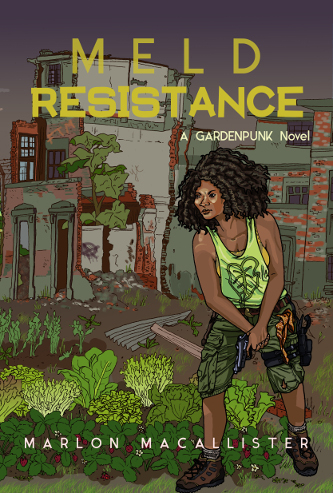 Holy crap! A wild Mazrim appears…and the rest of this post was bad. Lets just say, congrats on your new book, and I hope you can get the remainder of your series out in the closest form to your vision.

I always figured we’d eventually see your name on a book cover or publication of some kind. Nice going.

Life’s changed since those old days, but it’s always pleasant to see a familiar head checking in.

I’ve been seeing it on FB of course, but nonetheless, good luck!

I’ve been seeing it on FB of course, but nonetheless, good luck!

Well some of us aren’t cool enough to be FB friends with Mazrim. :bowser:

Hi Mazrim, Congratulations on publishing the novel. I have to admit on much of a bookworm… or reader of any kind of literature for that matter; but one thing that piqued my interest was your choice of illustrations. I have to say I like the style you’ve adopted to portray your story… do you do your own designs? I noticed the character profiles on the website… when can we expect to see character designs?

Got my copy in the mail today. Guess it’ll be the next thing I read.

I thought you died. Never read a book by a ghost. I will promote the shit out of this. And buy a copy.

I’m not going to say what number I got, but I will say that this…IS…SPAAARRRTAAAAA!

So I told the Agora to send me emails when this topic got replies, but it…didn’t. Just checking back now.

To answer your question Helios, I have a friend who does the art. She’s taking her sweet time with the character designs, but I’m pretty sure they’ll be available and up by next week.

Thanks for the support everyone!

To answer your question Helios, I have a friend who does the art. She’s taking her sweet time with the character designs, but I’m pretty sure they’ll be available and up by next week.

Does she have a website/portfolio? Or is this more of a hobby? Just curious cause I’m keen on doing similar myself.

Wow, people just keep coming back here… (I guess :D). Congrats on writing a book! Having published two novels myself, I know how difficult it can be to get one finished that you actually can put your name behind. It’s no small feat and you should feel great pride in having accomplished this. I know I’m proud of ya! I’ll be sure to get a copy when finances will allow it.

Sorry I’m late, congrats on the book buddy. I’ll be picking up a copy soon. From the facebook posts I thought it was some holistic urban garden guide book, like about growing your own veggies or something. I really didn’t expect a dystopian sci fi novel. Looking forward to it.

And that’s a great review on Amazon. That guy loved it!

Does she have a website/portfolio? Or is this more of a hobby? Just curious cause I’m keen on doing similar myself.

Also, she finished some of the characters, so you can find images here: http://www.gardenpunknovel.com/resistance-core/

Starbird: Thanks! Congrats on your two novels too! It really has been a journey, and I’m quite proud.

Sorcerer: Yeah, I’ve always been a sci-fi guy. And I know! That review was solid.

Also, she finished some of the characters, so you can find images here: http://www.gardenpunknovel.com/resistance-core/

Great work again on the book. I know someone that would appreciate the literary creativity encompassed in your book. I’ll definitely be recommending it… may even try it myself!