Hmm… so things aren’t as straightforward as it sounded. Frankly, it did sound a bit fishy that something like this could close down an entire site. Although perhaps they are closing it to pay the “substantial costs” which haven’t been paid yet.

What Sony does is threaten people with a lot of expensive lawsuits in a lot of places and puts an extreme financial burden on the companies to defend themselves. This is the kind of thing that companies with as much money as sony and MS can survive doing but small companies can’t. This isn’t the first time Sony did this (example: bleem!) and this isn’t the first time anyone’s ever done this. Lik Sang knows this and Sony’s just playing dumb.

I love the Caligula joke btw.

Lik-Sang also has a fairly profitable brick-and-mortar set of stores in HK. They can afford to go down. Play-Asia and NCSX will stay up because they’re online-only and have no other income source. Why Sony fought Lik-Sang first is beyond me.

Though i’ve switched to Play-Asia recently (because of their MEGAAAAA fast shipping), its a huge shame to see lik-sang go 8(. I’ll always have the mug they sent me.

Also, don’t think Nintendo is a good company or something, just because they didn’t sue Lik-Sang for importing. Nintendo almost put Lik-Sang out of business a few years ago when they sued them for selling GBC flashcarts (which are not illegal, nor violate the DMCA).

N seems to forget how it began, no?

TBH, that site did kin of breech copyright. Breaching copyright is illeagal so Sony sued their asses. PSP will still outsell any other hand held console because of what it is. All their arrogance is made up for what the PSP does. All the PSP needs is an inbuilt phone and it is the ultimate machine, it can do everything.

The PSP isn’t nearly as good as the Nintendo DS. You have no idea what you’re talking about. The loadtimes alone kick the PSP’s fucking ass. Twice.

In Japan, at any given time, the top 10 games usually contain at least 6 DS titles, and at most 1 PSP title. Story, end of.

TBH, that site did kin of breech copyright. Breaching copyright is illeagal so Sony sued their asses. PSP will still outsell any other hand held console because of what it is. All their arrogance is made up for what the PSP does. All the PSP needs is an inbuilt phone and it is the ultimate machine, it can do everything.

Who cares what Jakass says… he fucking joined this forum yesterday only to post a comment about how the PSP is the best! … dude seriously the PSP ain’t never gonna be able to rival the monumental success of the DS. It is 100% clear now more than ever… it makes more sense to identify the PSP as being in a class of it’s own… a very poor class at that! My PSP has been accumulating dust because there are no good games.

It’s so funny because I remember Drak defending the PSP back in the day.

Yup it’s true! That was back when DS and PSP had just been released… I bought a DS back in November 2005 when Mario Kart DS came out and that’s when I realised it

… Games like Ouendan, Trauma Center, Pheonix Wright, New Super Mario, Tetris DS and Metroid Prime Hunters… sure the graphics aren’t the best if you compare them but damn the gameplay is fun

Metroid Prime Hunters is debatable. While it is fun, looks great, and is really innovative, the controls are horrible. I can only play it in short bursts, which is really a shame considering the rest is so good.

yeah I agree… but multiplayer is still a blast though 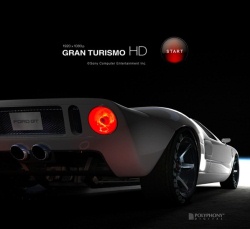 Wow! I didn’t even think you could fuck up a series like that. What the hell is going through Sony’s mind? GT games aren’t so much different or better from each other that youjust have to get the next one. Hell the biggest reason to get the new one is for some subtle gameplay enhancements. Having to pay for cars and tracks? That is only selling a shell of a game. Fuck man.

You know, if Sony keeps this up, this generation will really be between MS and Nintendo. When I go to the game store, I always hear a lot of excitement about the Wii and the XBox 360 seems to be doing pretty well and gaining some steam. It seems like it’ll be the Wii for the quircky and cost effective gaming and the XBox 360 for normal gaming. Right now the only game I have any interest in for the PS3 is MGS4, and if it doesn’t do well of the PS3, there is probably a chance Konami will port it.

Y’know, guys, nobody has to “fuck Sony right in their raging assholes”. They’re about to fuck themselves over just fine, and seem to be happily doing so.

Who the heck does their marketing? Forget that, who does their logic?

And people don’t understand why I think that Sony is going to fail. Charging for an empty game so that you can buy cars and tracks is like going to a restaurant and having to buy the bun, the patty, and the condiments for your hamburger. This will never fly with intelligent gamers. On second thought, I bet they’ll make tons.

While I am opposed to the idea in general, I think selling the disc/engine then making you pay for the content would be a whole lot more stomachable if the disc were sold for like $10. It’s an even bigger rip off to pay the price for a full game, $60, while not actually getting any of the playable content.

Hell, I don’t even mind downloadable content. If the game came with like 20+ cars and a healthy number of tracks, I have no problem with people paying extra for new cars and tracks being released. It’s just the fact that you’re pay full price for essentially a content-less engine THEN have to buy all the cars and tracks.