There’s also a dude on DeviantArt who’s in the process of making all the user types on DA: 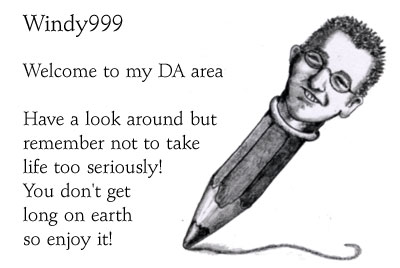 I wonder which of them I am.

I’ve been a rebel leader a couple times, and now I’m an archivist/android/occasional philosopher

I would like to say right now that if anyone is ever attacked by a ‘big dog,’ the proper response is to impale him on a stop sign. I really hope someone gets that reference.

I am probably an eagle scout, with a touch of artiste, grammarian, and perhaps even royal.

I’ve done the Therapist bit sometimes, I’m sure as hell an Archivist and Philosopher, a bit of a Howler and I’d like to believe that I (sometimes) do a liiiiiiitle bit of the Eagle Scout, but the one that I feel more attached to is the Big Cat.

Wanna bet who I thought about when I saw Loopy, Bong and Garble?

I wonder who was the Godfather of the ToB?

I’ve seen this before, but it seems he made the site a lot nicer to look at.

I think I’ve been the Big Cat, Jekyll and Hyde and Lurker,.

I wonder who was the Godfather of the ToB?

I’m obviously whatever the coolest one is

You, old chap, are English

Yeah, you’re part lurker with 4k posts. Sure var. Sure.

I’ve seen this before too, but they’re STILL funny- and on target!

:fungah: -What was your first clue? humph

Yeah, you’re part lurker with 4k posts. Sure var. Sure.

Yes, but I dunno how I got most of them.