I dunno if anybody’s seen this yet, but last year at GDC Will Wright gave a demo for a game he was working on called “Spore”.

You’ll have to scroll down a bit to find it, and either register (or you can just use my email epicgamer@fullsail.edu if you so desire). Just watch the video, the game concept is freaking amazing. I hear the release date is November of this year, and I really can’t say I’ve been this excited for a game for ages. It just looks so god damn awesome.

Oh, also, my adblock blocked most of the page, so you’ll probably have to disable it if you use the Filterset.G updater.

Looks like the next incarnation of EVO. Pretty neat.

You’re outdated Epic, just give it up man >:(

I’ve been keeping my eyes on Spore for a long ass time now, what with it’s crazy evolutions and whatnot.

Thanks for the insight.

You’re welcome. I figured you needed to know is all.

I’ve been following it for a while as well, but to be fair it hasnt been as advertised in ways that everyone would notice (Essentially just as Will Wright’s next game, not a new entry to the sim series or whatever, which not everyone would pick up on).

This is a looking good game

but I can’t see the web-site

Oh god yes, Spore. I cannot wait for this game. Judging from that video (I didn’t watch all of it, however) it looks like it’s going to be tons of fun to tinker around with the creature creator.

Here is a link that doesn’t require registering or anything, it’s long but I highly reccomend watching this. I have to say this game looks absolutely amazing. It reminds me a lot of what Black and White was supposed to be, hopefully this one will actually deliver gameplay instead of hype.

The only thing that looks unappealing at this point is the lack of goals in the endgame, a huge sandbox like that would be awesome, but I worry that without some sort of goal in mind I would quickly lose interest.

That looks pretty cool. I’m definitely gonna make sure my comp can run that.

Hey, the thread’s back. I’ll bet my horror-beasts will whomp all of yours. >:D

To me it looks neat at the beginning with the creatures and stuff, but I think I would just get bored at the space level looking at what other people do.

I’ll be getting this shit, man.
Imma have Penis monsters running around shooting ink at everything. I’m never leaving the water if I have to give up Ink shooting!

Rud’s gonna be one of those bastards that makes us populate our worlds with penii.

I am SO buying this.

“And, of course, I insisted to the team that we had to do a Care Bear.” “We’re gonna make him a really mean carnivore.”

Will Wright is a fucking genius. I’ve belived this since I first played SimCity back in the late 80’s. I’m really glad to hear that people like him, despite having already made a name and money, still take a hands on approach to games.

Procedural generation of things makes me <3

There’s another procedurally-driven engine right now. It even has seamless transition from space to planet. 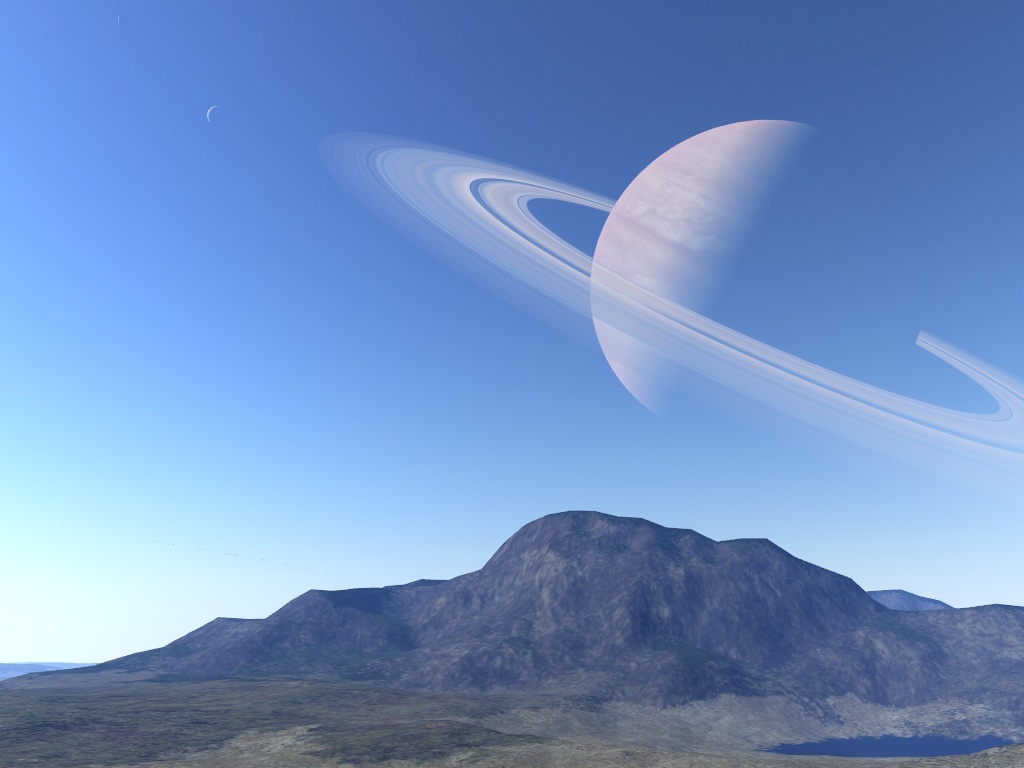 This is a Mod Database exclusive preview of Infinity: The Quest for the Earth, showcasing the seamless transitions from space stations to the surface of a nearby planet.

omg i just watched a half an hour video for this game. this could be the best game ever.

I saw this video a couple days ago. Oh man!!! It looks pretty damn awesome. I like the idea that you pretty much shape what your creatures look like aswell as their city. I hope the PC requirements aren’t too bad, otherwise I’ll be forced to get a new computer just to play this game.

Rud’s gonna be one of those bastards that makes us populate our worlds with penii.

Nah man, don’t worry. I’m sure that’s one of the main concerns of downloading content from other players. I’m sure they’ll arrange something so my Ink Shooters don’t clog up your worlds.