Question: What is a sonofabitch exactly?

Quite often we ask ourselves hard to answer questions, like, "What is a
sonofabitch? " And we wax philosophic with metaphysical postulations,
incomplete aphorisms and inconsistent sophism that make one more and more
sure that the only true thing is that a picture is worth a thousand words.

In this photo, the guy on the right is a member of a bomb squad in midst of
a deactivation.

The guy behind him, well, he’s a son of a bitch. 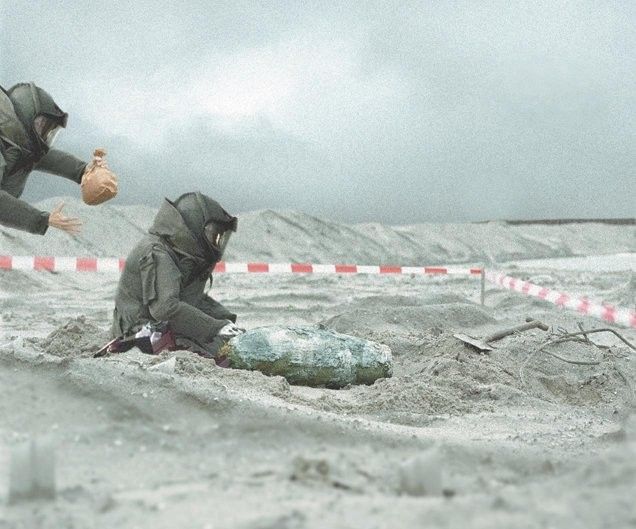 Because he’s about to pop a paper bag full of air and scare the shit out of the other guy.

Ohhhh! Shit! Lol. I get it now. I thought that was like… food or supplies or something. Ahem.

I’d tell you not to put words into my mouth, but I actually did say that. You’re such an SoB Nate!

Is it good to be a bastard son of a bitch ? Cause i was beating Hades up the other day, and he said “bastard”. Then when i gave GReen Mage the once over… he said “son of a bitch !”. Then when i get home to nurse my sore cracked nuckles, i say a long string of explatives and profane metaphores and eupherisms. I finish this long and vulgar speech with “Bastard son of a bitch”, and since they say that if you are called something three times in one day, it’s true.

Man… i really am a bastard son of a bitch !!

Actually he is right. Regardless of age any male dog is a SOB

A bastard is a boy born while his father is not married to his mother. Just to clarify.

I’ll tell you what an SOB is…YOUR MOM

“You bastard…”
“I resent that! My parents were happily married when I was born! To eachother, even!”

Wish I could remember what that’s from. I love that line.

Wasn’t aware your mother was a guy. Freaky.