Btw, looking at this thread made me want to re-install Linux only so I can have a cool enlightenment desktop again. Damn you, Ren!

And i can never get enlightenment to compile right. I always get an X error. ;_;

I used a picture I took as my background. It’s very… pink.

^^ Makes me el happy… though I should probably change it soon.

Good luck having a cooler wallpaper than mine 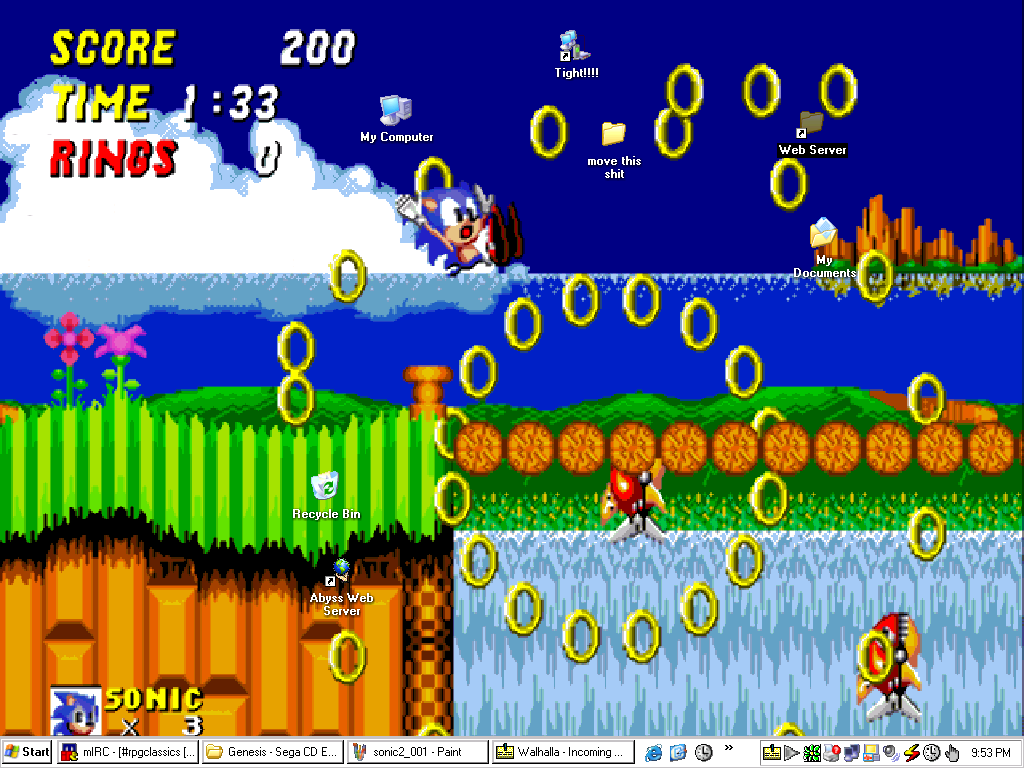 I’ve just had to remove '98 seen as my pc needed and is in the process of decluttering. (It was very slow) I’ll post my ME and see if an can get my XP in the morning.

here is mine… been a while, but then again …

Don’t bother asking me where I got my stuff for the desktop, I divulge nothing.

I had to format yesterday, so my desktop looks pretty bare at the moment.

Nothing major, just uploading my current desktop here since my web page server's down.

Big Nutter
Notebooks at the ready!