WTF are they? Hell if I know!

One comment for the video pointed this out and I noticed it too… you can see a string pulling the last one. I’m pretty sure this is fake.

One comment for the video pointed this out and I noticed it too… you can see a string pulling the last one. I’m pretty sure this is fake.

I think they are absolutely adorable.

So…
If I go to fight them does that mean I’m in a real life RPG?
Because all the good ones start with you at level 1 fightin’ slimes.

For real, are those real? What the fuck are they?

edit- but its probably just viral marketing for some stupid summer thriller comeing to a theatre near you!
edit- Takes place in somewhere called Raleigh? The title is similar enought to the home of Cthulhu(sp?) to make me think its a Lovecraft-flavored movie/game or something.

Are they Elemental, Poison or Dark types? What level are they? I don’t want to waste my time if only 98 copper falls out.

D’aw, and I wanted to say ‘A slime draws near! Command?’

Besides, unless they’re metal (or liquid metal), they’re not worth going after.

It’s a bryozoan of worms in the enviroment of the sewer, hence, the stringiness and the disgustingness.

In North Carolina, a sewer robot captured a video of a “mysterious sewer creature” during a routine inspection with a CCTV. The video of which has since became a viral video, and the creatures were found to be colonies of tubifex worms by biologists [1].

Could you imagine stepping on one of those?

I don’t think it looks like the stuff on that wiki.

Cough. As I was saying, it’s a bryozoan of worms. The following are images of them in freshwater and similar environments. Put the bacteria and filthy water of a sewer in the creation of one of these and I think the match would be pretty much identical. 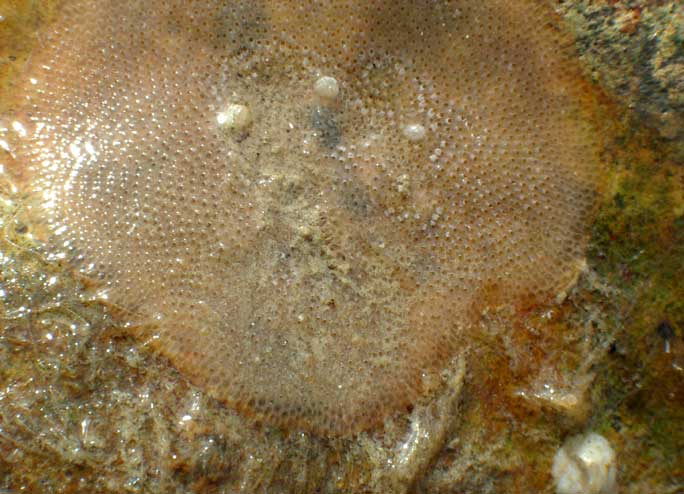 NO, I want them to be slime monsters.

This is silly. Don’t you guys know that people go to sewers to grind on rats these days. Slimes are introduced when you need to show off either your 1337 elemental magik or antidote spells.

Well, whatever it is, after watching the video I think it looks more like something out of Metroid than Dragon Quest.

All that video needed was one of those things leaping off the wall and attaching itself to the lends with a ‘SKREEEEEE!’

This is one reason why I hate sewer levels, they always scare me, and plus all the dianogas.

Yeah, this was on the local news here. Not real slime monsters, just real wormy things.

So that’s where my appendix went.