Some mall in my city is probably my favorite place on earth. Not only is it two malls compacted into one, it’s like a fucking Japanophile’s wet dream.

You’d be suprised by all of the bootleg music, and DVD stores; since there’s like laws and stuff against piracy. I’m suprised no one has been arrested yet.

They also have tonnes of stuff you absolutely have to purchase. There’s this one shop devoted entirely to Final Fantasy. They got figurines, original (bootleg most likely) soundtracks, playing cards (like jacks and aces and spades and shit), jewellery (I bought a ring which Yuna wears in FFX, and the necklace Tidus wearsi n FFX), keychains, and more! :- D :- D

And all the food shops, drool. I bought a box of individually packaged (of like 50) cookies with Hello Kitty prints on them for like $2 Canadian. Butter cookies, mind you. They are awesome. They even have shops devoted entirely to tea products, like teapots, teacups, and teas. Even a fucking shoelace store.

But really, the meaning of this topic is to ask everyone else if there is a place where they occassionally visit, which is so awesome, it’s uncomprehendable by mere human minds?

I went to Wal-Mart the other day to buy some shampoo, they didn’t have VO5 so I got Suave.

Is that stuff any good? I usually use Voscene myself because it’s kinda cheap and smells nice.

Screw you guys, Fructis is where it’s at.
That shit makes my hair so damn soft.

Wow, did you make that decision on a whim? Suave? Just like that?

I use Pert Plus.

Screw you guys, Fructis is where it’s at.
That shit makes my hair so damn soft.

Isn’t that the stuff with the WHOOO SHAMPOO IS SO AWESOME I’M COMING AAAAAAHH adverts? That freaks me the fuck out.

I use Axe Bodywash as shampoo. It makes my hair all smelling good, but promotes dandruff.

I personally use Suave right now, though I bought some VO5 stuff 'cause it was on sale. Herbal tea or something. 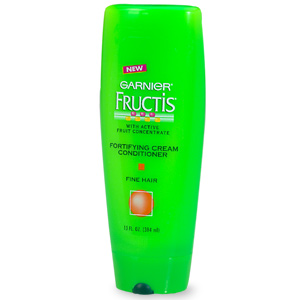 Well, all my Japanese friends go there; so I assumed it was Japanese.

V05 or Suave? I like V05 since the bottle is neat, but Suave is nice since there are so many different kinds, like for dry hair, or oily hair, or dry hair you colored.

If you want raver shit, check out got2b. I don’t know if they do shampoo/conditioner, but they’re all over styling your hair.

Got2b has some good hair glue I used once. I didn’t even spike my hair up, I just applied it, and put my hair down.

My mom bought me some got2b a long time ago. I never used it… I haven’t used gel in my hair since about 8th grade. (not counting when they do it for me when i get my hair cut.)

Redken Color Extend. Maybe some Pantene to shake things up a little.

It is a Chinese mall; and people did get arrested over bootleg DVDs and CDs. Once in a a while police raid the shops selling discount DVDs and lay down the law. There were also these two highschool guys selling CDs of some anime show that weren’t even VCDs. They were just WMV files saved on a CD.

Lex, a fellow Torontonian, have you discovered the joys of Pacific Mall?

That actually explains why I’ve been there 3 times, and each time there is different movie stores.

Question: Why are there security guards in the mall? I don’t understand why having guards and bootleg stores is a sage choice.