Holy shit I want one of these portable SNES's plz.

Go to ‘News’ and scroll down. I figure the first portable SNES is about the size of a standard greeting card. I want one.

Mommy want! hmm ps1 portable too. How much is a soul worth these days? >_> 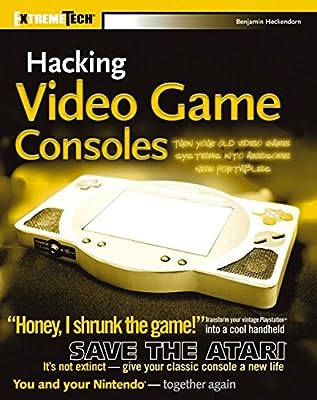 Actually, the guy has a book out on how to build these portables. They’d probably be hella expensive though.

Well since he did buy the system it’s probably legal. He can kiss goodbye to the warrenty though.

I don’t like how the SNES ports have the cartrigdes set up though. I’m thinking top down, or at least falt against the handheld would have been better, and safer for the cart.

They stick out the back, so the portables with games in are ‘T’-shaped.

Maybe it’s me, but I don’t see an advantage to that setup compared to something laying flat against the console. There is size and balance considerations, but it lookes like the ports could be maneuvered so they’re wout of the way of a player’s hands.

There is one site I saw a little while ago that showed how to make a portable PS2. He had pictures and everything.

Looks legit to me, and even if the “were” fake… Its certainly not unreasonable that they could be made as shown.

I have to agree with izlude they look real and they would be possible to make .

plus they even have forums of people making them and all sorts of things.

Sony/nintendo/whoever should try hiring this guy. Maybe he’d know something about how to do the PSP properly.

Properly? How do you know if it’ll be made improper? Telepathy?

Uh, you know the PSP has short battery life and overheats, right? I was thinking that if he could do all that stuff without corporate backing, then maybe he could teach sony a thing or two.