Is truly the greatest game ever made. I can never get tired of it. It is so awesome. I really can’t wait for Episode 2.

On that note, how is Half Life Source? Should I get it? Anyone have HL2 deathmatch? Do we wanna get an RPGC HL2 deathmatch thing going?

So have you never played the first HL? Or are you just wondering if replaying HL1 with the Source modifications is worth it?

The best part of HL is still the mods. Team Fortress Classic is the only game I’ve played weekly for 5 1/2 straight years.

HL2 deathmatch, I’ve heard, is pretty good, although I would imagine with the gravity gun it’s probably pretty difficult. And knowing how good some of the people I used to play TFC and CS with and how long HL2 has been out I’d imagine the learning curve is pretty steep to be able to compete in a league.

If you want, you should probably check out the source website and read the forums for HL2DM and pick up some movement pointers. FPS’s are all about learning how to get around the maps the fastest, and the source engine provides for a number of jump based techniques you can learn to move faster than just running.

I would imagine Half Life Source is the original game stripped of it’s orignal Quake III engine and replaced with Source. The first Half Life game is a must own must play, so if you haven’t played it I reccomend it highly.

I tried playing the original HL after I played HL2 because I liked it so much but I couldn’t stand it.

I don’t want to play in a league since I know I’ll be trounced by people that have so much more experience.

My understanding is that Half-Life: Source isn’t that much better than the original, graphics wise.

But there’s a mod team working on Black Mesa: Source. It’s a total recreation of the original. Here’s a profile of the project: 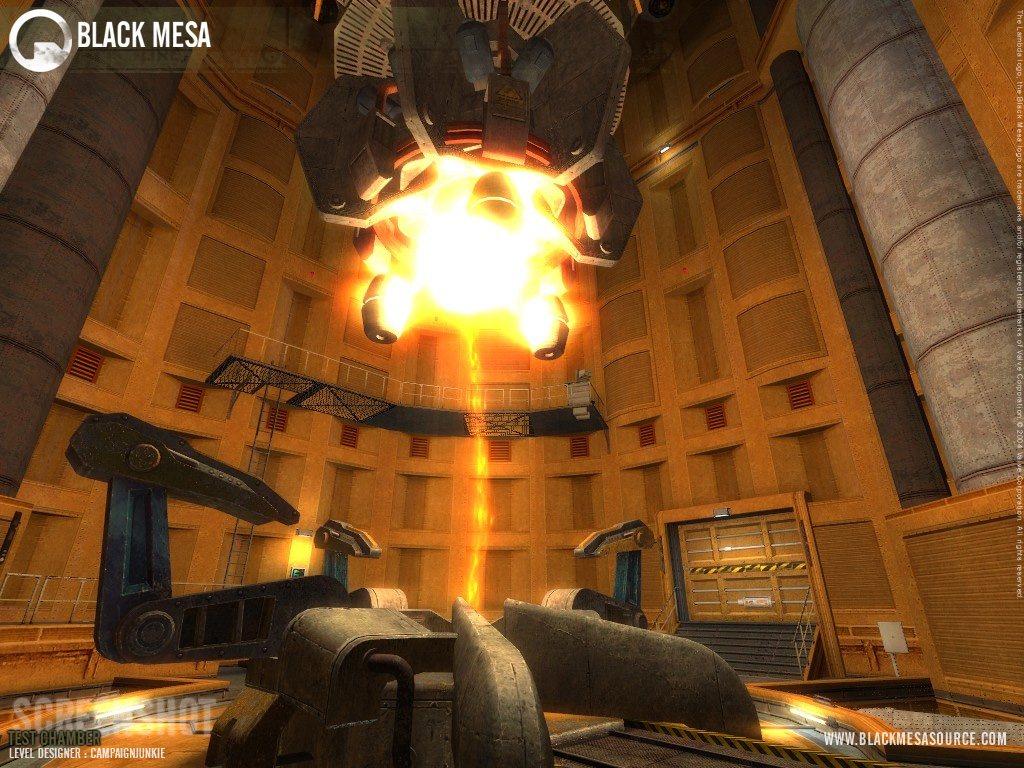 Run. Think. Shoot. Live. Source. Black Mesa is the Half-Life 2 total conversion of the original Half-Life game. Utilizing the Source engine and its endless array of possibilities and powers, Black Mesa will throw you into the world that started the...

Well, leagues are the only real form of organized competition in the FPS world. If you aren’t going to participate, then creating a team or clan is kind of fruitless.

I don’t think he wants to create a clan, I think he meant a game with people from RPGC. That’s an awesome idea.

and man, I can’t believe I’m still stuck at the helicopter part in HL2… I need to play video games more.

There are a lot of helicopters. The best helicopter fight is when there are 2 at a time in Nova Prospekt. I love that fight.

AND FUCK I JUST REMEMBERED YOU ASKED ME ABOUT THAT DISEASE THING! I thought about it for a couple days and I couldn’t think of anything interesting. Bacteria are little circles or rods, for example. I’m sorry x_x. Do you still need something?

There are a lot of helicopters. The best helicopter fight is when there are 2 at a time in Nova Prospekt. I love that fight.

AND FUCK I JUST REMEMBERED YOU ASKED ME ABOUT THAT DISEASE THING! I thought about it for a couple days and I couldn’t think of anything interesting. Bacteria are little circles or rods, for example. I’m sorry x_x. Do you still need something?

Jesus, you forgot about that?!?! I thought you were pissed off at me asking you to help me with my project. haha! No, I have it all sorted now, I based my bottle off of some random bacteria with flanges (tentacles?). I’ll post pictures of the finished product when it’s done.

And man, those helicopters are scary. I’m horribly early in the game and I’m actually embarassed about it because I’ve had it since the beginning of 2005.

I hate when you have to walk under the bridge. But that’s only my fear of heights carrying over into the game.

The helicopter is easier to beat once you find the unlimited rockets stash.

I hate when you have to walk under the bridge. But that’s only my fear of heights carrying over into the game.

Because most of the places are pretty shit. Not in terms of people being insanely good or anything, I usually used end up in the top three, but the people were just so, damn, annoying.

I played on one good server. They were melee and grenades only. Seriously awesome. Grav gun + grenade = skill = fun!

I have this to say about Half-Life: Source. It’s … goofy. Pretty much the exact same graphics as the original Half-Life, except with random special effects (and a few SFX) from the Source Engine that look gratuitious in context.

But yeah, I can’t wait for HL2:E2 to come out. As for mods, the best one I’ve played so far is Minerva, though it might be a little bit of help to play the HL1 mod Someplace Else first. (It features one of the same … um … “characters”.)