This was posted yesterday at Overclocked Remix: 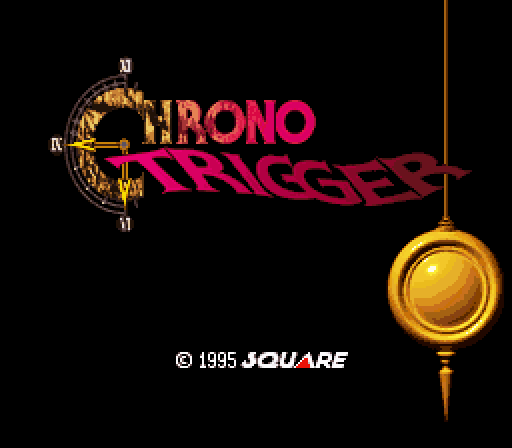 pixietricks is a great vocalist. She did a vocal remix of FFX’s Mt. Gagazet theme which I liked a lot too. CT’s ending is quite possibly the most touching tune I’ve ever heard in a game, so her vocals plus the tune makes for a really powerful experience. The vocals are in English and Japanese (her Japanese accent isn’t quite authentic, but it’s passable) and she’s accompanied solely by a piano. It’s an excellent track.

Ah, yes, this. part of Chrono Symphonic. Loved that project and the whole concept.

Ah, yes, I remember this. My love for it is beyond words.

To Far Away Times is one of my favorate VG tracks of all time. Hearing it sometimes has me near tears.

I just grabbed the symphonic torrent. I am <b>not</b> disappointed.

I must be one of the few people who Were disapointed… : \

All the tracks, when casually listening, sound nearly the same timbre and dynamic as the one before or after it. I know that the scripting they used for the background of their musical project only focused around a few characters being always in the party, but reusing the same theme, no matter what kind of counterpoint or any melodic/harmonic/watermelon idea they had in mind, just wears thin after a good while.

I thought the ending theme was extremely creative. I also thought, on the contrary, that the whole of the project needed more “punch” to it to keep the intrigue there. Nice concept…but it just lost me as an avid listener.

I would give a full frontal review wheras I could justify my thoughts on this post more accurately and bring a few points into mind… but I have the Earthbound OC Project to keep me happy and not care about anything else in the world.

in case you never heard of the site…