Apparently I'm a few months late on this, but... What the FUCK?!

One of the more amusing features of The 3rd Birthday is its clothing system – you can have your clothing ripped off by enemy attack, and the more skin you reveal, the more vulnerable you are to damage. “Having this kind of alluring content is sort of a tradition for the series,” Nomura commented, "and it’s something the producer of the second game, in particular, really pushed to the forefront. This system, though, is more of an essential part of the gameplay. Your clothes don’t get ripped off all that easily, and I’m hoping it’ll introduce internal conflict within the player – play it safe, or try to get the clothes off and risk death in the process?"

So, I admit, I haven’t kept up on Parasite Eve news. I loved the first one, couldn’t get into the second, and the third’s on PSP which I do not own. And this article came out in like, September, but it’s the first I’ve heard of it. My fault for being firmly entrenched in games made prior to 2005, I guess.

Can someone please just… give me some hope for humanity? Tell me I’m not alone in thinking this is offensive, disgusting, and unforgivable? Please.

What’s remarkable is that this is years after after analysts have told video game developers that women would happily buy games if they didn’t feel so objectified by them, and long after they should need to hear it in the first place. What’s the point though? From my perspective it has no meaningful context, no relevance, and no actual purpose in the game. Are developers really so insulated that they don’t realize people other than sexually frustrated 16 year olds and man children play games?

It’s totally awesome that it punishes you for it. Remind us that sex is bad, video games! Remind us while you sell it to us! Uuuuuuuh oooooh yeaaaah

I’m frankly not surprised by this given how videogames have been edging towards realism. Even back in the NES days I knew that one day they would reach this point. Besides it makes far more sense for characters to show wear and tear versus having them decked out in ridiculous outfits that defy the laws of physics for 60+ hour adventures and never have even a hair fall out of place. You could replace life bars with appearance derogation.

Though, I will admit that this does take it a bit too far (what with the maid and santa outfits and such).

At least this doesn’t sound as bad as the latest Tomb Raider game appears to be.

Sounds like they copied the Batman game but added fanservice.

you all did it, and still do, and you will all get pe3 and do it some more. all rpg players do it, stop pretending you don’t.

How bout show some concern about how they’ll often put a beautiful woman in movies that don’t really require them, just to get boners and sell tickets to guys that want to see girls get boners. Like clash of the titans (2009) they replaced that dope ass mechanical owl with some dumb whore. I’d rather see an owl. Transformers really needed that skank? No, it has robots. Movies objectify women alot more than games do.

Guys, c’mon, can’t you see I’m trying to fap to our culture’s immorality in here?

Guys, c’mon, can’t you see I’m trying to fap to our culture’s immorality in here?

I think we need some pictures to illustrate how sinful and dangerous to society Parasite Eve is. 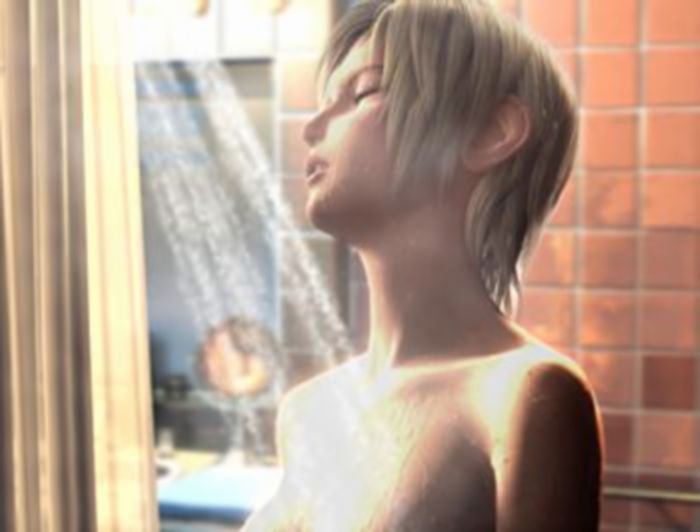 Unemployment is high in America because God is not blessing our nation anymore, as evidenced by the 2977 flags. And if we keep importing this satanic and lascivious product from Japan that corrupts not only our video games but our youth and also blingee, we will continue to be cursed with higher unemployment and AIDS. We might even end up like some of those heathen nations where millions of children die of starvation and malaria every year. You don’t want your kids or other non-immigrant American children to die, do you? So please, do not support this immoral entertainment, and instead immerse yourself with only wholesome games.

I’m frankly not surprised by this given how videogames have been edging towards realism.

Except when your magic-hurling/bazooka-toting/300lbs-weighing character gets blocked by a wooden door with bad hinges of course.

Except when your magic-hurling/bazooka-toting/300lbs-weighing character gets blocked by a wooden door with bad hinges of course.

And now you know why I used the qualifier ‘edging’.