Anyone like Jurassic Park? Have you need of 75 Velociraptors?

Because a friend of mine is selling his Jurassic Park toy collection on e-bay. How big is it, you ask? Well, here’s a photo of some of it: 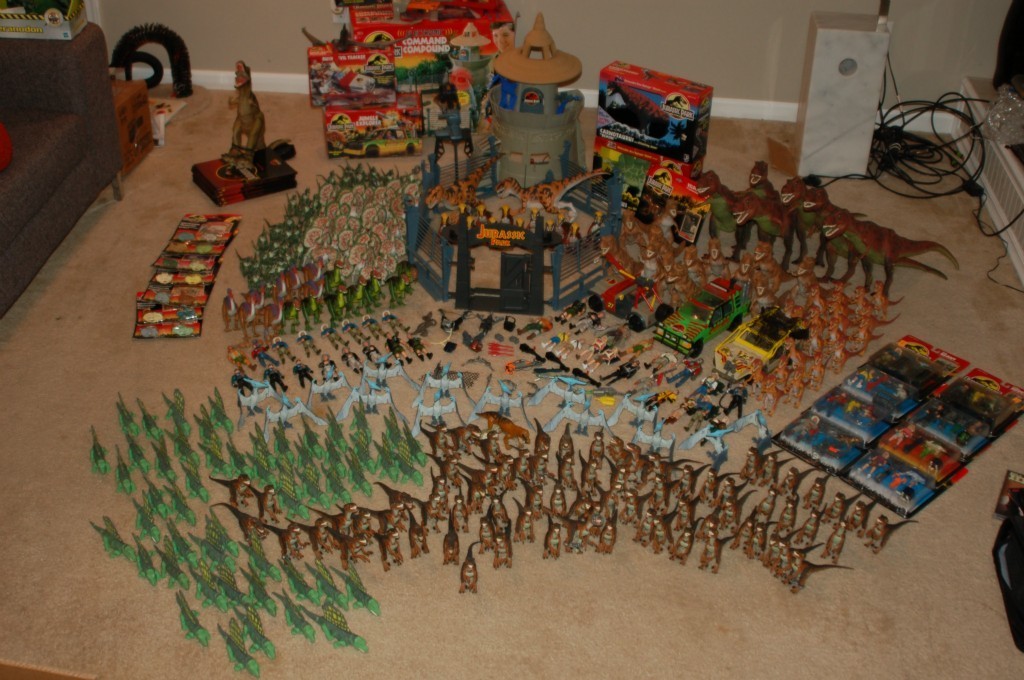 Get out of here with that shit, Trillian. I love JP more than anyone alive. And when i saw this pic I had an explosive nerdgasm. But then I saw the $1000 starting bid. He’s out of his fucking mind. I would spend a couple hundred bucks, cuz i want to stuff 75 velociraptors up my butt. But a grand? That’s insane.

Hey, not my fault you don’t have 1k to make your assraptor dream come true.

Hey, not my fault you don’t have 1k to make your assraptor dream come true.

Oh man, I used to have one of those raptors as a kid. And the compound set. Good times.

Alas, I have no use for a crack-squadron of Velociraptors, as I already have the Flying Bee Basket Brigade guarding my side of China.

Be careful that you don’t get COVERED IN BEES.

Alas, I do not do well with action figures; so I pass with my grimy fingers.

These are cool but goddamn that seems a lot. Then again, I know nothing about how much these things are worth.

You know who’d want these Velociraptors? The Obama campaign. Why? Because having an army of Velociraptors at his beck and call can only help them mittigate the stomping The Prez took during Wednesday’s debate from mister Mitt “Get a job Big Bird!” Romney, because goddamn his performance was pathetic, and The Prez rolling over and not even calling out one damn bit of that was even more so.

And I know they’ll take them too, no joke. They’re practically begging for the loose change found between the couch cushions at this point.

Also also, is there a Nic Cage ‘The Wickerman’ gif where he’s got the bees and his Ghost Rider head just for the combination of having his head covered in both Fire and Bees?

Here are your velociraptors.